Read the Special Master Order (pdf) talked about in this interview.

Well, the entire leftwing legal commentariat, the sphere, they’re all up in arms. How dare this extremist MAGA judge in Florida appointed by Trump, trump grant him a Special Master? It’s not even just the left wing legal analysts. You even have the former attorney general who disagrees with this play.

It the opinion I think was wrong, and I think the government should appeal. It is deeply flawed in a number of ways. I don’t think the appointment of a Special Master is going to hold up. But even if it does, I don’t see it fundamentally changing the trajectory. In other words, I don’t think it changes the ball game so much as maybe we’ll have a rain delay for a couple of innings. But I think that the fundamental dynamics of the case are set, which is the government has very strong evidence of what it really needs to determine whether charges appropriate, which is government documents were taken, classified information was taken, and not handled appropriately. And they are looking into and there’s some evidence to suggest that they were deceived.

Forget the fact the government apparently took information, documents, and materials that they were not entitled to. The former Attorney general thinks, why treat this Trump guy fairly? All right, my first guest is a conservative political analyst, commentator, attorney, and author of a great book Right in the World, my friend, Gayle Trotter. Thanks for joining us.

Great to be with you, of course.

All right, so what’s your reaction to what the former attorney general had to say?

Well, you just made a really important point that the government, in this order, in the briefings that went towards the judge coming up with this order, conceded that they had taken personal items of President Trump’s that were not related to the investigation, and she simply appointed a special or called for a special Master to be appointed. It’s really just as she put out in the order.

What the government is trying to do is have a fox guard the appellant’s henhouse.

We have a system of checks and balances. And that’s exactly what the judiciary branch should be doing in a case like this because of the unprecedented nature of raiding a former president’s private residence, and particularly when that former president is likely an opponent of the current president in a future presidential election in 2024, probably.

You know, we’re starting to see a sort of evolution of this. The left wing legal analysts and some of the establishment folks, they don’t care. It’s get Trump, get them into an orange jumpsuit and put him in jail. I mean, didn’t we go through this? Are we in the same act we were in with the Mueller report?

Exactly. And where is the outrage over the corruption at the Department of justice and the FBI?

I think that’s why it’s so important to look at this judge’s order when she says there is this swirling allegations of bias and unfair treatment and you need to make sure that the Justice Department and the justice system are respected.

People are beginning to wonder about that when you have these targeted attacks of a former president that started before he was even the nominee, and it happened through Crossfire Hurricane. We saw all of the lies that happened through the Department of Justice and the FBI. We saw the targeting of all of those around him.

This is yet another unprecedented step that has never been taken before in 200 years.

If you look at the history of classified information and how it’s been treated, former President Trump had a reasonable expectation that he could cooperate with the current president on the negotiation of documents. Bill Clinton kept tapes in his sock drawer of conversations, and that was determined by a court that it was presumptively personal.

And I think President Trump is right to assume that he would be treated fairly under the law and that he shouldn’t have the Department of justice weaponized against him by this administration, which I think a lot of people can draw that conclusion.

I credited you on my radio show. You reminded me that David Kendall, Hillary Clinton’s lawyer, was actually in possession of several thumb drives of emails that contained classified information.

And it was Hillary Clinton and her lawyer who determined what the FBI could look at.

In other words, he acted like a special master, not really an advocate for his client. Yes, but there was no neutrality here. The defense, I guess you could call it, got to determine what the FBI was going to be privy to.

Right. And the Secretary of State doesn’t have the same ability to declassify things like a president can. Of course. And the thumb drive was given to her attorney, David Kendall, and kept in safekeeping. And they decided to go through it, Hillary Clinton and her attorney, and determine what was relevant to the investigation. They acknowledged that they deleted things. Now they made the allegation that what they deleted was irrelevant, unrelated personal emails that didn’t relate to the investigation. But the equivalent would be seeing if the FBI had gone and done a raid at her personally . .  ..

Before I run out of time here, I was reading this judge’s 24 page ruling as a non lawyer, and page nine and ten jumped out to me. And then she writes in her ruling, and I don’t want to read too much of it, she wrote, the third factor is a risk of irreparable injury. Likewise supports the exercise of jurisdiction.

In addition to being deprived of potentially significant personal documents, which alone creates real harm, plains faces unquantifiable potential harm by way of improper disclosure of sensitive information to the public.

Further, plaintiff is at risk of suffering injury from the government’s retention and potential use of privileged materials in the course of a process that has thus far been closed off to the plaintiff and has raised at least some concerns as to its efficacy.

So she’s worried about leaks, which we’ve been seeing nothing but leaks since President Trump has been president Trump.

Why this judge who was Order of the Coif at Michigan? So anybody who insults her ability to understand the legal matters in this case is dead wrong.

It’s an unprecedented nature. You look at the stuff that was seized, some of it is subject to dispute about whether it’s covered by executive privilege. Then you have attorney client privilege, tax information, financial information, medical records.

Obviously, we knew that they had taken his passports, too, which they have subsequently returned, but it was a fishing expedition for political purposes.

And I am glad that the judiciary in this case is serving as a check on this abuse of power by the executive branch.

I’m going to run out of time here. It sounds like what she is saying in this ruling because she talks about not only irreparable harm. She talks about stigma in the public square that. As you said. Even if there’s no indictment or if there’s an acquittal. There’s still doubt in the minds of the public that Trump did it. And he may be running for president with this stigma on top of the other things that Democrats have piled on like two bogus impeachments. 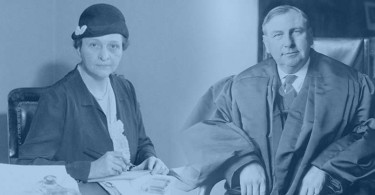 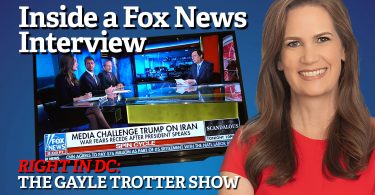 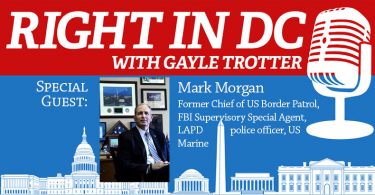 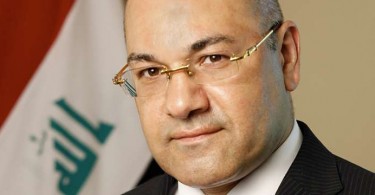