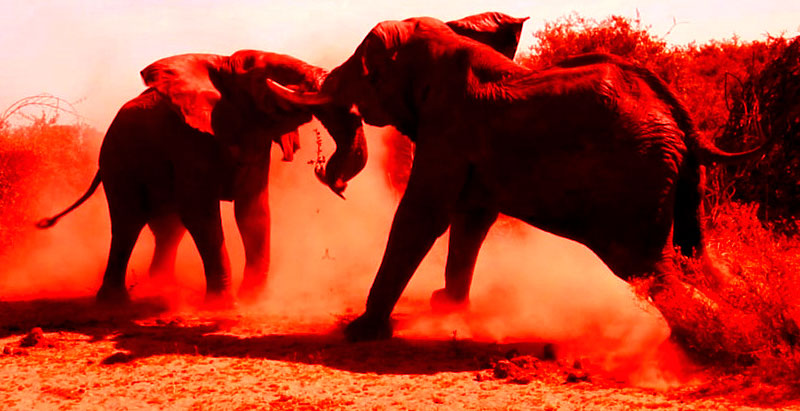 I was on NPR’s Barbersgio with host Don Gonyea and guest Charlie Sykes and Lenny McAllister for a conversation about divisions within the Republican party this week.

DON GONYEA, HOST: Now it’s time for the Barbershop. That’s where we talk to interesting people about what’s in the news and what’s on their minds. In the chairs today, we have Gayle Trotter, writer at the conservative blog “Right In DC.” She joins us here in our D.C. studios. Hello, Gayle.

GAYLE TROTTER: Great to be with you today.

GONYEA: Also with us from Milwaukee is Charlie Sykes. He’s an author and long-time conservative talk show host. Good to have you with us, Charlie.

CHARLIE SYKES: Good to be back.

GONYEA: And Lenny McAllister is a conservative commentator and former congressional candidate. He is also an adjunct professor of history at La Roche College in Pennsylvania. He joins us from member station WESA in Pittsburgh.

Thanks for speaking with us, Lenny.

LENNY MCALLISTER: Thanks for having me.

GONYEA: OK, so you might have noticed we have gathered three Republican thinkers today to the Barbershop because this week, we saw, yet again, that there are some real divisions within the Republican Party and the conservative movement. Republicans have control of the House and Senate, obviously, as well as the White House. But on Friday, the farm bill failed in the house. Every Democrat voted against it, but there were also 30 – three zero – 30 Republicans who refused to fall in line with leadership and get this passed.

Charlie, I’ll start with you. What happened here? And does it say something about the current state of the party?

SYKES: Well, it certainly does – first of all, that the Republicans do not have a governing majority in the House of Representatives. But ultimately, that vote had little or nothing to do with the farm bill itself. It was a small group of hard-liners who are pushing for a vote on a hard-line immigration proposal. This is the Goodlatte proposal that would, interestingly enough, restrict the access access to legal immigrants – to actually cut the number of legal immigrants allowed into the country.

Now, what’s interesting about that is that no one thinks there are enough votes to get that passed even if it comes up for a vote. But, nevertheless, they were willing to scuttle a major piece of legislation, which gives you just some sense of what it must be like to be Paul Ryan. I think – was it John Boehner who said that being speaker was like wheeling a wheelbarrow full of frogs…

SYKES: …And trying to keep the frogs into the (laughter) wheelbarrow? I think we got that picture again this week.

GONYEA: OK, Gayle. The farm bill fails – at least, this stage of it – because of a fight within the party over immigration. What does that say to you?

TROTTER: Well, it’s also a little more complicated than that. When – the last time the Congress passed a farm bill in 2008, the 10-year cost was about $600 billion. Now the cost is going to be over $900 billion, so there were many conservative organizations – Heritage Action, the Club for Growth, The Heartland Organization – that did not support the farm bill. So it’s showing that under President Trump, the establishment Republicans do not control Congress. And there’s more room for diversity of opinions because success on passing something like the farm bill – it’s not just the passage of it but whether or not it stands up for conservative principles of fiscal responsibility and cutting the growth of government.

GONYEA: But we’ve already got a lot of Republicans in farm states that are a little twitchy about administration policies when it comes to trade with China and retaliatory tariffs. So that’s happening as this is happening.

TROTTER: And this bill is not just about farm subsidies. It’s also dealing with the food stamp program. And a lot of the back and forth about that during the Obama administration were work requirements that had been put in under President Clinton. And President Trump talked about trying to restore some of that. So the farm bill is not as uncontroversial as some people might lead you to believe.

GONYEA: OK, Lenny – your turn on this. What do you think about this battle, and is there room for consensus and compromise within the party?

MCALLISTER: Well, I think the first thing is that Paul Ryan understands why John Boehner went back to Ohio, went back to a bar. And Paul Ryan’s probably trying to have a drink at that bar as we speak.

GONYEA: A glass of merlot, no doubt.

MCALLISTER: But with that said, I think that it’s indicative of the fact that the Republican Party has different definitions of what leadership should be. And then, when you have the speaker of the House retiring – a young speaker of the house retiring – you have this president that can be on both sides of an issue within 140 characters on Twitter, and you have midterm elections coming up with some Republicans safer than other Republicans, this is now another machination that’s caught up in politics and not good policy for the American people.

And, unfortunately, we’re going to see the Republicans possibly do what the Democrats did in 2010, which is take a golden opportunity and waste it because they could not get in line and think long-term as to how to get multiple policy wins versus trying to win the day politically, whether it’s in the news cycle or on Capitol Hill.

GONYEA: OK. Let me jump to another topic. Thursday marked a year since special counsel Robert Mueller launched his investigation into whether the Trump campaign coordinated with Russia to influence the 2016 election. We’ve seen a handful of indictments and guilty pleas. Lenny, I’ll stay with you because I wonder if you think this investigation might have some impact, some influence on the midterms this year.

MCALLISTER: I don’t know if it’s going to have any impact on the midterms. The historical example that keeps coming up is Richard Nixon, and people forget that Watergate happened before the November 1972 election, and Nixon overwhelmingly won that election and then was out of office two years later. This is not something that has a short-term game attached to it.

And if the unemployment numbers continue to look good, if the employment numbers as far as jobs added continue to look good, and business leaders continue to believe that their companies are going to have business opportunities to continue to grow and if there’s a win with North Korea in June, there’s a lot for Republicans to hang their hat on and say, yes. You can get caught up in the Trump crisis as far as the chaos and the Twitter, et cetera. But look at your bottom line. Look at taxes. Look at the economy. And that’s enough to get the same type of vote in 2018 that we saw in 2016…

GONYEA: He holds up Watergate, at least in terms of the timeline. Are we kind of in the beginning stages of this in your point of view? What’s your take on how it’s playing out?

TROTTER: I would agree with Lenny that I think the Republicans are looking good for the midterm because of all the accomplishments under the Trump administration…

TROTTER: …And he – despite that. And he is doing all this with his team while trying to fend off this investigation. And that’s why we see more and more revelations coming out of how the Trump campaign was treated completely differently than Hillary Clinton’s campaign was treated by the Department of Justice and the FBI. There was a white-washing of her criminal activity. There was no indictment. There was no pursuant – no long pursuit of her close circle who had done all these things like taking information…

GONYEA: Criminal activity – certainly your interpretation of it. There were no charges brought.

TROTTER: And that’s my exact point because the FBI decided that they were sure that she was going to win – the directors, not the field officers, but the very top – James Comey. They decided to let her off the hook. So I think when you go out to most of America, and they see President Trump is being mistreated by this special investigator and by this investigation, there’s a strong call for the Department of Justice to shut down this investigation. So I think, if anything, if these revelations continue to come out – like, the FBI having an informant who was reporting on the Trump campaign to the FBI to get information – then that’s only going to help President Trump.

“The FBI decided that they were sure that Hillary was going to win–the directors, not the field officers, but the very top – James Comey. They decided to let her off the hook.” —Gayle Trotter

GONYEA: The details on the informant are not quite as concrete as what the president has tweeted about this week, though. But let’s turn to you, Charlie. Are people paying attention to this, and is it going to have any impact this year?

SYKES: Well, it really ought to. And one of the most unfortunate things I think that we’ve seen is the kind of, you know, fun house mirror talking points that you just heard – this poisonous brew of sort of, you know, transactionalism and cynicism – that really wants to undermine an investigation about really important things – really important things about a possible foreign attack on our democracy, the Russian attempt to flip an election. If, in fact, that is true, as the intelligence community said, that’s important. If, in fact…

GONYEA: It’s the details we don’t know at this point.

SYKES: That’s right. But if the president of the United States is in some way compromised, if there are ties that might have affected policy and foreign policy, we really ought to know that. And the thing about Robert Mueller’s investigation is, first of all, it has not been politicized. It has been highly professional. It has not gone on long compared to others.

Now, I’m not saying that’s the case. I am saying that people on both sides of the political divide ought to step back and say, we need to know the truth.

GONYEA: And, Charlie, I’m going to cut you off with that point. Thank you, though.

Charlie Sykes is an author and long-time conservative talk show host. We reached him in Milwaukee. Gayle Trotter writes for the conservative blog “Right In DC.” She joined us here in our D.C. studios. And Lenny McAllister is a conservative commentator and former candidate for Congress. He joined us from Pittsburgh.

Thank you guys all for joining us.

TROTTER: Happy to join you. 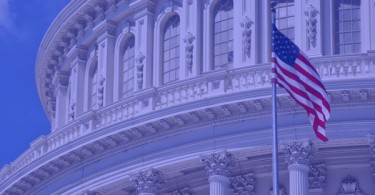 My reaction to the decision on the ruling 5-4 to uphold the Affordable Care Act. On WUSA-9 NEWS NOW... 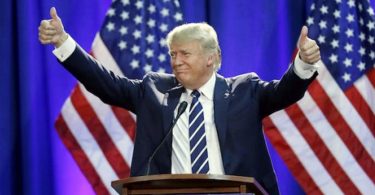 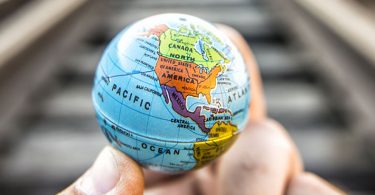 I was on the Bill Martinez Radio Show talking about Trump’s corporate tax plan. Starts at 126...

The Democrats are really struggling with their opposition to Judge Kavanaugh being nominated to be...