A conservative group has filed a FEC compliant against Rep. Alexandria Ocasio-Cortez’s chief of staff Saikat Chakrabarti for potentially violating a campaign finance law. I was on the Kennedy show on Fox Business to discuss:

Kennedy: Alexandria Ocasio-Cortez is full of hot baloney about everything and in the last 24 hours we have learned just how big of a hypocrite the freshman socialist congresswoman really is and some of it could put her in legal jeopardy. Let’s start with her running Amazon out of New York City. Good job, that genius move cost the big apple up to 50,000 jobs and tens of billions in tax revenue. She claims she couldn’t let the tax giant get a bunch of government handouts, that is partially true, but the rest of it is very shortsighted. Get this, however, after an incredible amount of backlash including a series of Manhattan billboards shaming her, AOC is now flip-flopping like every other politician in the world. According to her top aide, the congresswoman now says Amazon might be allowed into New York City after all, but only if there is community input. Translation, her constituents want Amazon’s tax dollars and good paying jobs. Congrats AOC you are now a full-blown hypocrite.

But wait, there’s more! Remember how she’s been so vocal against dark money in politics? How transparency was “so important you guys?” Looks like that might have been BS too. According to a new Federal Elections Commission complaint, AOC’s chief of staff allegedly funneled millions of dollars in donations through a pair of political action committees, that part is fine, but went into two private companies that he also controlled. You are not allowed to hide that kind of money. Naturally, Ocasio-Cortez is denying any wrongdoing. But if true, what kind of trouble could team AOC really be in? Is this the kind of thing that could sink her brand new political career? Joining me now is an attorney Gayle Trotter with all the answers. So Gayle, what is the big deal in this complaint?

Trotter: Well these are serious and troubling allegations, and if they are true, they could result in serious consequences, including jail time. Essentially we have very strict campaign finance laws that require reporting, which goes into what you’re talking about– the hypocrisy, that there’s a need for transparency. Then there are also campaign contribution limits and these allegations basically pull back the veil on what possibly her campaign was doing in coordination with an independent PAC, a PAC that’s supposed to not be controlled by the campaign. Then also the allegations are that money was taken from the PACs, funneled into separate organizations, that were not PACS, and they were disguised as consulting fees, and thus, that information would not be revealed . . . .

Kennedy: That sounds a great way to make money, just pay yourself hundreds of thousands of dollars in consulting fees, ain’t politics great? Who says you can’t make a bunch of money? So I understand why her chief of staff, Saikat Chakrabarti , might be in trouble, but why is AOC potentially in hot water as well?

Trotter: The candidates are required to file forms. If you look at the forms that have been put in these news reports, it did not show that AOC and her chief of staff, who was a campaign manager at that time, were controlling this PAC. That is a failure – any time you submit a federal election reporting form, you need to be truthful, you need to be honest. It’s so ironic that AOC has been out there talking about transparency and the malign influence of money in politics, and yet these are very clear rules that every candidate has to follow.

Kennedy: Who has violated these rules in the past that we might know about? is there a high-profile story that…

Trotter: Yes, there was a recent case in 2015, under similar factual allegations of this, with AOC and her campaign. The person who was prosecuted for those criminal allegations had to serve jail time. So this is a very serious allegation that could really derail the socialist- want-to-be of the Democratic party. And as you started at the very beginning of this segment, when you can’t even get the rules right and follow the laws, if you’re trying to add additional laws and you disregard the laws that are already on the books, it makes constituents wonder what your agenda is.

When you can’t even get the rules right and follow the laws, if you’re trying to add additional laws and you disregard the laws that are already on the books, it makes constituents wonder what your agenda is.—Gayle Trotter

Kennedy: Her chief of staff, he’s a tech millionaire, a multimillionaire, made a bunch of money in silicon valley and he went on MSNBC and basically laid out a road map for this very thing. He says in his facts page that it was no secret what he was doing. They were doing something new, they were doing something big, and with her it certainly worked because Justice Democrats were backing a number of up and coming political campaigns and hers obviously got the most traction, she won and has stumbled into a high degree of notoriety since then, but some of the defenses she might be using have also been used by the trump white house, and, you know, talking about unorthodox approaches to politics, which is fine, and also, you know, these are first-time politicians, and they are going to make mistakes, but it doesn’t seem like AOC is really going to be gracious and forgiving in terms of some of the mistakes the president has made.

Trotter: Maybe she should understand the law before she’s out there trying to make new legislation to limit the freedoms of fellow Americans. So I would say that’s incumbent on her to understand what the law is, particularly when she’s entrusted with her constituents’ money who want to contribute to her campaign. Ignorance of the law is no defense.

Maybe she should understand the law before she’s out there trying to make new legislation to limit the freedoms of fellow Americans.—Gayle Trotter

Kennedy: No, she might find that out the hard way. it is really interesting, i can see how her chief of staff may be in trouble, but, you know, these are just growing pains of being the boss, I guess. Gayle Trotter, thank you very much.

Trotter: Great to be with you, Kennedy.

National Legal and Policy Center (NLPC) filed a formal Complaint today with the Federal Election Commission (FEC) against Rep. Alexandria Ocasio-Cortez (D-NY), her chief of staff Saikat Chakrabarti, and several other individuals and groups who orchestrated an extensive operation to hide hundreds of thousands of dollars in campaign spending during the 2018 campaign, in violation of the Federal Election Campaign Act of 1971, as amended.

The funds were expended in support of ten or more Congressional candidates by a for-profit entity called Brand New Congress LLC, apparently operated by Chakrabarti. The Act requires that all expenditures of $200 or more to be disclosed to the FEC, and their purpose identified. The Complaint alleges that Chakrabarti’s LLC served as a “cutout,” for at least $885,735 received from Ocasio-Cortez’s campaign and two federal political action committees, Brand New Congress PAC and Justice Democrats PAC.

The final disposition of the funds is unknown because whatever expenditures were made were never reported to the FEC. It appears, however, that they underwrote a score of campaign-related events and activities for Ocasio-Cortez and other Congressional candidates. . .  (read more)

Rep. Alexandria Ocasio-Cortez (D-NY) Opens a New Window. may be in trouble following accusations that she and her chief of staff, Saikat Chakrabarti, violated campaign finance laws. If the claims are true, she could be facing jail time, according to one lawyer.

“These are serious and troubling allegations,” attorney Gayle Trotter told FOX Business’ Kennedy Opens a New Window. on Tuesday. “And if they’re true, they could result in serious consequences, including jail time.”

The National Legal and Policy Center (NLPC), a conservative government watchdog, filed a complaint with the Federal Election Commission (FEC) which alleges that Chakrabarti siphoned more than $885 thousand in contributions from donors, to political Opens a New Window. action committees (PACs), and then into private companies under the guise of “strategic consulting.”

The NLPC claims it was an attempt to avoid reporting campaign expenditures.

Large financial transfers from PACs to private companies are technically legal, however the NLPC claims that Ocasio-Cortez and Chakrabarti attempted to orchestrate this “extensive off-the-books operation” in order to dodge Congressionally-mandated contribution reporting requirements.

Per the NLPC complaint, Ocasio-Cortez and Chakrabarti were wrongly unlisted as controlling the PACs which were reportedly funneling money back into their campaign coffers.

Trotter noted that “it’s so ironic that [Ocasio-Cortez] has been out there talking about transparency and the malign influence of money in politics and yet these are very clear rules that every candidate has to follow.”

In response to the complaint, on Tuesday Ocasio-Cortez denied the allegations to Fox News Opens a New Window. saying, “there is no violation.”

When asked if the complaint proves she is connected to “dark money,” Ocasio-Cortez replied, “Oh no, no, I’m 100% people funded, thank you.”

Nonetheless Trotter said the controversy “could derail the socialist wannabe of the Democratic party.”

“If you can’t even get the rules right and follow the laws … and you disregard the laws that are already on the books, it makes constituents wonder what your agenda is,” she said. 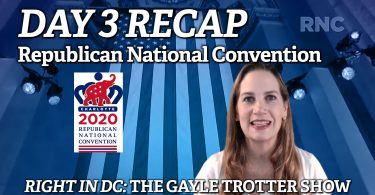 Another day of great speakers at last night’s Republican National Convention! I go over some... 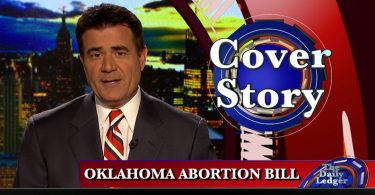 Did the Supreme Court’s decision in Roe v. Wade end the national abortion debate in America... 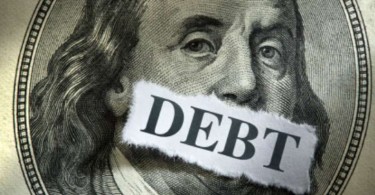 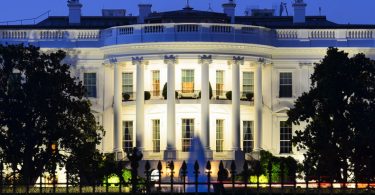 What can be done to stop the flow of top secret information designed to harm the functioning of the...