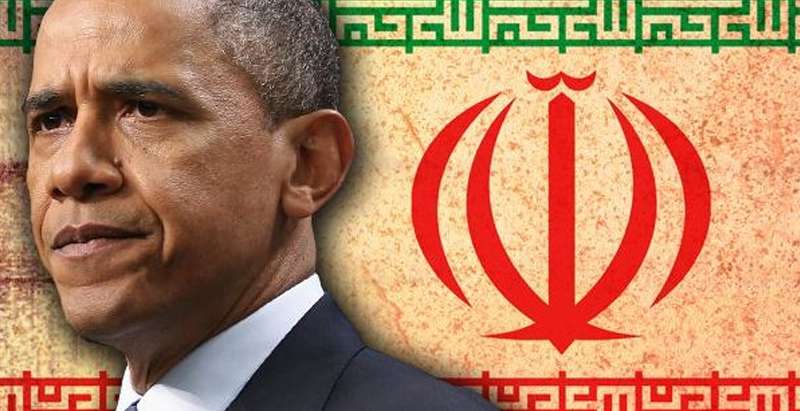 The Obama administration is quite proud of its so-called framework with the Islamic Republic of Iran, as senior officials dutifully flack the supposed terms of the agreement. There are only three problems with this.

First, no one believes in the deal. Second, Americans get nothing from the deal. Third, a bellicose and despotic adversary is made stronger by the deal. That about covers the field.

The vast majority of Americans — as many as seven in 10 according to some polls — believes that Iran will not keep its end of the bargain that the Obama administration claims to have struck with the one of the world’s most notoriously despotic and America-hating regimes.
At one point or another, seemingly every modern U.S. president has faced criticism for failing to contain one or more despotic, virulently anti-American regimes. What may be unique about President Obama’s Iran deal is his administration’s apparently gratuitous capitulation to the goals of the Iranian leaders. The harm to American national security interests is clear. Not at all evident, however, is what Obama thinks the U.S. gets in the bargain.

The United States has designated Iran a state sponsor of terrorism for over 35 years, after Iranians stormed the U.S. embassy in 1979, seized 60 American hostages and held them for 444 days.

Currently, the Iranian government holds two American citizens in prison in violation of international norms. Iran has jailed U.S. journalist Jason Rezaian without disclosing the charges against him. It has imprisoned U.S. pastor Saeed Abedeni on charges of “undermining national security through private religious gatherings in Christian homes.”

Previously, the world watched the horrific video of 26-year-old Iranian Neda Agha-Soltan, shot to death on Tehran’s Kergar Street during the 2009 election protest against President Mahmoud Ahmadinejad. “She couldn’t stand the injustice of it,” said her friend, who comforted Neda as she bled to death. “All she wanted was the proper vote of the people to be counted.” Adding insult to mortal injury, the Iranian government banned prayers for Agha-Soltan. To this day, no one has been brought to justice for the public murder in broad daylight of a political dissident.

Here on U.S. soil, Iranian officials participated in a plot to kill Saudi Arabia’s ambassador to the United States by bombing a popular Georgetown, Washington, D.C. restaurant. A senior official of the Iranian Revolutionary Guard Corps recruited a Texas-based Iranian for the assassination. Warned of the possibility of up to 150 American casualties, the Iranian plotter was casually dismissive in his response: “No big deal,” he said.

Obama’s own State Department has in recent years noted an uptick in Iran’s state sponsorship of terrorism, with planned attacks in Georgia, India, Thailand and Kenya. In today’s Middle East, Iran benefits from the vacuum left by the 2011 withdrawal of U.S. troops. Iran props up its own allies in Lebanon, Syria, Yemen and Iraq, relentlessly increasing its influence in the region. Iran’s clear aim is to control Middle East territories though direct means or proxy forces.

Despite this stark reality, Obama outlined a plan last week to allow Iran to continue its nuclear program, effectively conceding Iran’s ability to become a nuclear power. Even as Obama touted peace in our time, Supreme Leader Ayatollah Ali Khamenei took to Twitter, stating that the Obama administration “is into lying and breaching provisions” and that the White House fact sheet “was contrary to what was agreed.” Khamanei concluded: “They always deceive and breach promises.”

Iran’s Deputy Foreign Minister Abbas Araghehi declared that Iran’s nuclear program is his country’s “moon shot.” He cited the national pride a nuclear program creates, reminiscent of former Pakistani President and Prime Minister Zulfikar Ali Bhutto’s statement that, if India were to acquire a nuclear weapon, Pakistanis would “eat grass, even go hungry, but we will get one of our own.” Nuclear weapons capability holds a special allure for national leaders seeking to gain power and status on the world stage.

Perhaps most mystifying is what Obama intends for his new agreement to accomplish, having withdrawn the sanctions that provided the most significant continuing deterrent to Iran’s nuclear ambitions. It is reasonable to believe that the Iranian regime’s repressive leaders of a 35-year state sponsor of terrorism that jails a U.S. pastor and journalist, plots assassinations in the United States and supports terrorists plots around the world will stop at nothing to acquire nuclear weaponry.

Iran will not “simply dismantle” its nuclear program “because we demand it to do so,” Obama said. “That’s not how the world works.”

President Obama offers the American people a false choice between his deal with Iran and war. Yet history teaches that we only embolden dangerous regimes when our president ignores overwhelming evidence of aggression and responds with impotence.

This makes no one, least of all Americans, safer. And that, quite emphatically, is how the world works.

First published in The Hill in April 2015 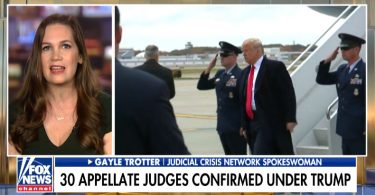 Watch the latest video at foxnews.com I was on Fox News “Fox & Friends FIRST” to discuss the... 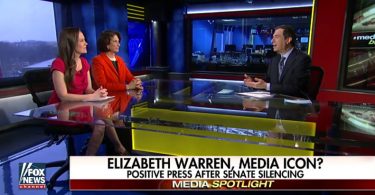 Is press making Elizabeth Warren an icon after her Senate silencing? The controversy over Senator... 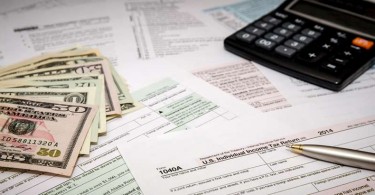 If nothing is certain in life except death and taxes, perhaps it’s time to euthanize our tax system... 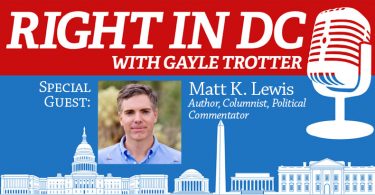 My guest today on RIGHT IN DC is Matt K. Lewis, senior columnist for the Daily Beast, a CNN...