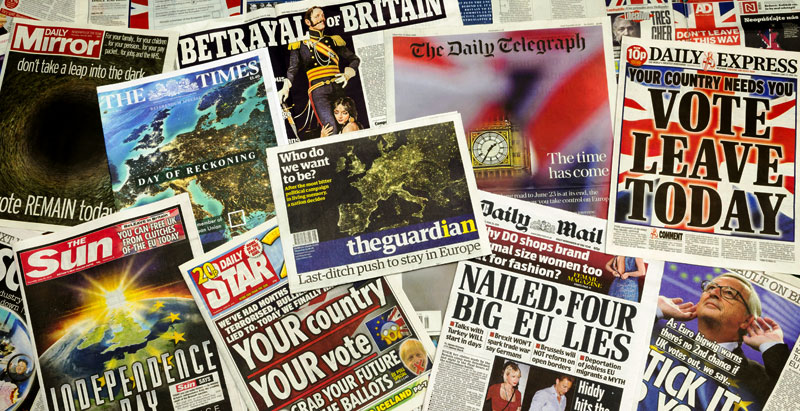 BREXIT shows a rejection of unaccountable and anti-democratic elite technocrats hampering the decisions of the national legislature and local judges, along with a rejection of the enormous red tape which creates unnecessary economic business friction. I joined NPR’s All Things Considered today to join the discussion in the Barbershop with Ray Suarez, Brookings’ David Wessel and the New Yorker’s John Cassiday.

This is ALL THINGS CONSIDERED from NPR News. I’m Ray Suarez in for Michel Martin. It’s now time for the Barbershop. That’s where we gather a group of interesting people to talk about what’s in the news and what’s on our minds. And this week we’re talking Brexit and the United Kingdom’s vote Thursday to leave the European Union.

It’s the latest surprise in what’s been a very unpredictable political year, not only in Europe but here in the U.S. as well. So we want to take a big step back and ask how did we get here and what happens next?

Joining me in the Barbershop for a shape-up this week are Gayle Trotter, a columnist political commentator and attorney here in Washington, D.C. Gayle, welcome back.

SUAREZ: Also joining us, David Wessel, director of the Hutchins Center at the Brookings Institution and a contributing correspondent for The Wall Street Journal. Hi, David.

JOHN CASSIDY: Thanks for having me on, Ray.

SUAREZ: Now, thanks all of you for joining us. It’s been a busy week in the news. We appreciate you taking some time to step back and absorb it with us. Right up until the referendum results came out, there was a lot of uncertainty about which way the vote would go. Experts were sure it would go the other way with a vote to stay.

John, have you had enough time yet to reach some conclusions about how the past few days have unfolded?

CASSIDY: Well, it’s been a big surprise, obviously. The pollsters got it pretty wrong. It’s not a straightforward story. Some of the polls actually in the days leading up to the actual vote did show the Leave votes ahead. But despite that, the conventional wisdom among the commentators and, indeed, the politicians themselves was that the Remain side would win.

And, indeed, one of the leaders of the Leave side, Nigel Farage, the head of the U.K. Independence Party actually gave a concession speech on Thursday night saying that he thought they’d lost. He then had to change his tune and give a completely different speech a few hours later when it emerged that his side had in fact won.

SUAREZ: David, there were dire warnings from prominent British politicians, economists, academics in the final days. Has there been a quick response to the vote to leave?

WESSEL: Well, there’s certainly been a huge response on the financial markets. The stock market here tumbled, the pound fell and so forth. I think there’s a great deal of angst among the think tank, academic, political elites that this might be more than just a bunch of people in Britain deciding they don’t want to be part of the European Union. It might be an inflection point in globalization and the institutions that have served us – by my view – pretty well since the end of World War II and particularly since the fall of the Berlin Wall.

This seems to be a reaction, a backlash from a lot of people who – some of whom with good reason feel that they’ve been left out as technological progress, globalization and immigration has been celebrated as a cause of prosperity.

SUAREZ: Gayle, when I got up – and way too early – Friday morning to check my social media feed, there were lots of people communicating with others saying, you wait. That’s the first shoe. The second shoe is the United States. A lot of the issues are the same – immigration, trade, anxiety about modernization, people being left behind. You buy that?

TROTTER: Yes. I think the same forces in Brexit are in play in the United States as well. And while this doesn’t lead to the prediction that Donald Trump is going to win in the fall, it certainly makes it likely. And I think it also shows that it’s possible that it could happen. And the – like what you’re saying, these big issues of immigration, economic control, globalization and the supremacy of a global legal structure that’s unaccountable and is anti-democratic, we see that play – those same strains playing out in this presidential race as well.

The grassroots are really fired up, excited. We saw that reflected a lot in the tweets that went out by people who were on the Remain side calling the people that voted for Leave as being less educated and voting against their interests.

SUAREZ: I’m interested in – part of what you say – and I hear it a lot – that these institutions are unaccountable, opaque, anti-democratic. No member of the 28 members of the European Union entered without a vote. They all have…

SUAREZ: They all have representative democracies where their countries walked in eyes open to membership in the European Union. What’s anti-democratic about that?

TROTTER: Well, the whole point is that it was part of the democratic process to give them a way to get out of the European Union. So after 40 years, the people of Britain have decided that the European Union is not serving their interests.

SUAREZ: John, Friday morning, Donald Trump was – well, what do you know – in Scotland at a golf course he owns, gives an impromptu news conference and basically says, well, I kind of – I’m a little surprised that this happened, but I’m glad it happened. And the things that the British people were saying through their vote are just the same kind of things that I’ve been saying back in the United States. Is the parallel too easy to make? Is it too simple, too pad? I mean, these are two very different countries.

CASSIDY: I mean, I think there are certain underlying factors which are the same in both countries – the economic concerns, the revolt against the elites in some sense and the anti-immigrant feeling. They’re pretty straightforward parallels.

But, of course, as you say, the specifics are very different. This was a referendum where you had a yes or no vote. Do you want to stay in the EU? Do you want to pull out? The British people weren’t choosing a new president. They – turns out they got rid of their prime minister by the way they voted. But it wasn’t a presidential election or a prime ministerial election.

So I think they are very different, and we’ve got to be careful about saying there’s a one-for-one correspondence between what’s happening here and there.

SUAREZ: Gayle, should we be careful?

TROTTER: I think we should because the British have a long history of opposition to centralized power from the continent. They fought Napoleon. They fought too many French kings to mention. They fought the Kaisers. They fought Hitler. And we share that appreciation for self-determination, limited government with the British people, and I think that here is yet another example where Donald Trump sensed the will of the people in complete opposition to President Obama and Hillary Clinton who both were trying to use the leverage that they had to convince people to vote Remain.

President Obama even went to the extent of saying that if Britain chose to go the Leave path, they would have to get to the back of the queue on any type of trade agreement or relationship with the United States. He’s walked back from that in his comments yesterday in front of Stanford – the Stanford Global Entrepreneurship Summit. But it is a contrast between his lack of success in this global issue compared to Donald Trump’s.

SUAREZ: David, back to the…

WESSEL: Yeah. You know, I was going to say, look, it’s obviously different. This was really a question of the British national identity and whether they wanted to be European or British. And that’s not at play here. I do think that the leaders of the Leave movement, like Donald Trump here, are playing on the fears of their constituents. They’re playing – they are very skillful at playing to their emotional anxiety.

One of the things I’m interested now is so what is the reaction of the other side? What do the business leadership, the elites at universities and think tanks, the internationalist politicians, indeed, Hillary Clinton – what is their response here to the people who voted Leave or who are attracted to Donald Trump, not the ones who are bigots, not the ones who are racists, but the ones who feel like they have played by the rules and they have not seen the benefits of all the supposed progress of trade technology and globalization?

And I think that the state camp didn’t have a very good answer for those people, the people in the north of England who have seen their steel mills close. And I’m worried that the collective proponents of globalization and technology and immigration haven’t come up with a very good answer to the people who kind of feel like the last decade hasn’t been very good for them.

SUAREZ: John, what do you make of that?

CASSIDY: No, I agree with that. I mean, to that extent, this is a sort of crisis of globalization and crisis of the institutions which embody it. I think what happened in the U.K. was that the Remain side just didn’t present a positive vision. Instead of saying, look, there are lots of great things about the EU, they basically sort of accepted the argument that the EU is a flawed place and in many ways a bad place and just said, well, it’ll be even worse if we drop out.

The Leave side even though they were running a very misleading campaign could at least say, look, we’ve got something positive to offer. If we pull out of the EU, we’ll get rid of all this bureaucracy, we’ll escape all the shackles of the EU and Britain will be great again. It was sort of the same language which Donald Trump uses here.

And I think that’s a bit of a warning to Hillary Clinton and the Democrats here that it’s not enough just to criticize Donald Trump as a sort of demagogue who gets his facts wrong or whatever. You’ve got to provide a positive vision for people to vote for as well or else you struggle to get your side out to the polls. And that’s what happened in the U.K.

SUAREZ: That’s Gayle Trotter along with John Cassidy and David Wessel. Thanks a lot, everybody.

TROTTER: Thanks for having us. 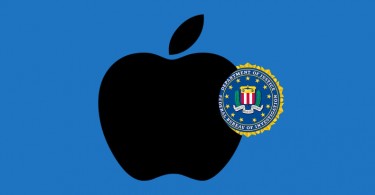 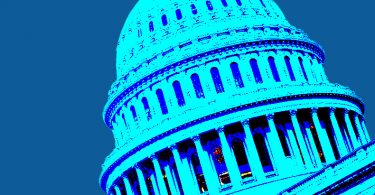 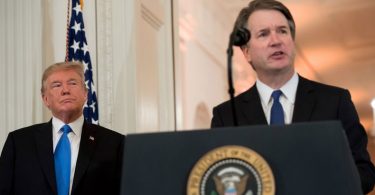 I discussed President Trump’s nomination of Brett Kavanaugh to the Supreme with Chris Stigall...

Democrats have given up on collusion because there was nothing there and the Mueller Report landed...