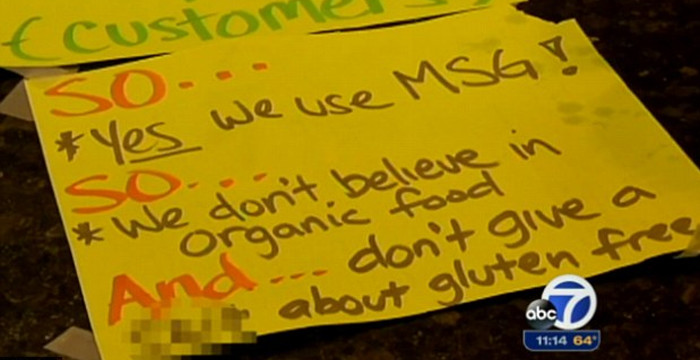 Episode 115 of “Seinfeld” featured a gruff entrepreneur who ran a soup stand offering the best soup in New York City. “You can’t eat this soup standing up, your knees buckle,” Jerry Seinfeld explained to Elaine.

“There’s only one caveat — the guy who runs the place is a little temperamental, especially about the ordering procedure,” Jerry said. “He’s secretly referred to as the Soup Nazi” because if you don’t order right, “He yells and you don’t get your soup.”

No one liked the Soup Nazi — but everyone loved his soup! Despite his grumpy, rude and domineering demeanor, the Soup Nazi’s recipes would command long lines out the door of his shop because he offered irresistibly delicious food at a reasonable price.

The Soup Nazi freely chose what to serve and how to serve it. His customers voted with their taste buds. Good cooking trumped bad manners.

Life recently imitated art when, in San Francisco, a restaurateur lost it in response to customers who could not order right. James Chu’s restaurant offered old-fashioned, conventional fare, and he got “fed up with trying to satisfy every single patron’s particular demands.”

The last straw was a customer who said, “The rule is, if we don’t like it we don’t have to pay,” and then walked out cursing. “That’s when I went poof,” said Chu.

Chu temporarily closed the restaurant, posting a sign: “So, yes we use MSG! So, we don’t believe in organic food. And, we don’t give a s— about gluten free.” There, he said it.

Chu personifies the last vestige of the free-market economy in America. It’s a refreshing change to see that a shred of freedom remains in a world where agents shut down a child’s lemonade stand for lack of a business license, where local governments ban transfats and salts, where New York City bans large sodas, where state governments dictate the wages entrepreneurs must pay their employees, where Michelle Obama decrees “Let them not eat cake” at elementary school fundraisers, where government regulation runs amok and small businesses face seemingly endless job-killing bureaucratic red-tape.

It is easy to imagine nanny-state bureaucrats and politicians imposing their own views on Chu and other entrepreneurs. For now, we can celebrate Chu’s freedom to serve Chinese food that contains (gasp!) MSG and gluten, and we thank him for showing that, for now, the idea of America is not yet dead.

“It is not from the benevolence of the butcher, the brewer, or the baker that we expect our dinner, but from their regard to their own interest,” wrote Adam Smith. “We address ourselves, not to their humanity but to their self-love, and never talk to them of our own necessities but of their advantages.” If Chu’s customers demand MSG-free Chinese food, he can give them what they want or go out of business. But if they want MSG in their kung pao chicken, Chu is free to serve it up.

That, after all, is what the free market is all about. Entrepreneurs choose what they sell. Customers vote with their taste buds, their pocketbooks and, ultimately, their feet. We don’t need government dictating what the result will be.

Our local, state and federal government has decided that food is the new sex, as Mary Eberstadt has argued. “The rules being drawn around food receive some force from the fact that people are uncomfortable with how far the sexual revolution has gone — and not knowing what to do about it, they turn for increasing consolation to mining morality out of what they eat.”

The hyper-regulation of food and entrepreneurs borders on obsession, with an effectiveness that exceeds that of the Puritans. But James Chu reminds us that we generally don’t need laws to make choices that market forces can make on their own.

“We work hard to please everyone, but we know we can’t,” reads Chu’s newest sign. “So if you’re hard to please, please just turn around and go somewhere else. Thanks!” A morsel of freedom remains in San Francisco — at least for today.

First published in Townhall in October 2014 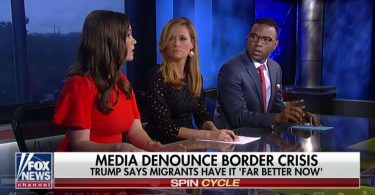 Watch the latest video at foxnews.com President Trump correctly drew attention to the crisis at the...

The mainstream media is criticizing President Trump for encouraging Americans to go back to work or... 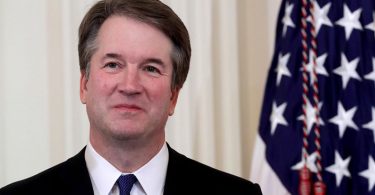 There is no reason why any Democrat senator should vote against Judge Kavanaugh because he is... 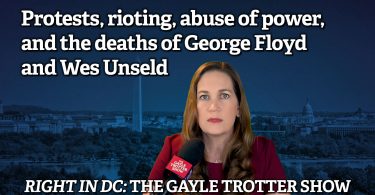 We’re living in Alice in Wonderland–everything is upside down. What does it mean to be...