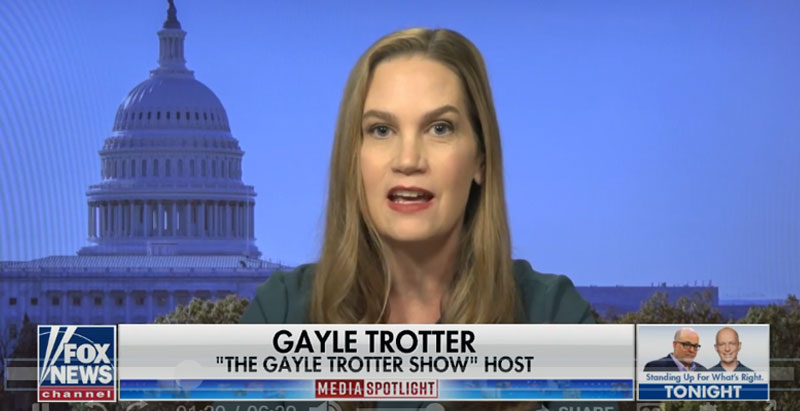 The media coverage of Biden’s picks for his administration is flattering and positive. They keep emphasizing these choices have long service and expertise. But I think the media only LIKES Biden’s picks; they’re not in love with them. They reflect the far Left’s sentiment that they would like Biden picking more people from the Left for his cabinet. You can see the contrast between Biden’s cabinet versus Trump’s cabinet’s pick where the media coverage was skeptical and negative. The media did not give Trump the same treatment.

I was on Fox News Media Buzz to discuss this and Lester Holt’s interview with Biden.

KURTZ (on camera): The media verdict on Joe Biden’s initial cabinet picks
is that they’re somewhat boring and predictable collection of Washington
insiders, but they’re drawing lots of praise for their knowledge and
experience.

FAREED ZAKARIA, CNN HOST: He’s found very, very bright people who are also
very experienced and who are also very creative and flexible about the way
they think.

JESSE WATTERS, FOX NEWS HOST: If Trump appoints somebody that he knows
really well, the media calls him a Trump loyalist. But if Biden appoints
someone he knows really well, oh, it’s a long-time advisor, a very close
confidant.

TUCKER CARLSON, FOX NEWS HOST: If you look at the backgrounds where almost
everyone Biden says he plans to hire, these people are lobbyists. They’re
consultant. They are shills for this big multinational, that big
multinational.

KURTZ (on camera): Joining us now to analyze the coverage, Gayle Trotter,
who hosts the Right in DC podcast, and Mara Liasson, NPR’s national
political reporter and a Fox News contributor.

Gayle, in terms of this early praise and regardless of what you think of
the policies of these people, the real media message seems to be or do you
agree with this, they’re experienced, they’re seasoned, and they’re
bringing normalcy back after years of Trump being in chaos.

GAYLE TROTTER, COMMENTATOR, HOST OF “RIGHT IN DC” PODCAST: The media
coverage, as you said, seems to be flattering and positive. They seem to
like Biden’s picks. They keep emphasizing the fact that they have long
records of public service and expertise.

But I think the media like Biden’s picks but they’re not in love with
Biden’s picks. They reflect the far-left sentiment that they would like to
see Biden picking more people from the left for his cabinet.

And I think you can see the contrast in the coverage of Biden’s supposed
cabinet picks compared to Donald Trump’s cabinet picks or the media
coverage then was skeptical and negative. So we’ve got flattering and
positive of Biden’s picks, when Donald Trump did not get the same
treatment, his picks were —

TROTTER: — they were skeptical of them and negative.

KURTZ: I think you make a fair point that the left isn’t in love with
these initial nominees. Mara, whether it’s Tony Blinken for secretary of
state or Jake Sullivan or Janet Yellen or John Kerry, you’re talking to
(INAUDIBLE) these people don’t have plenty of experience.

What about the clip we heard from Jesse Watters saying, you know, Trump’s
people were loyalists when he knew them through his previous life —

KURTZ: — and Biden’s are just confidants.

LIASSON: Yeah. Well, first of all, when you talk about how the media
treated them, certainly Fox treated Trump’s picks more kindly than MSNBC
did and now vice versa.

However, when you think back to the people that Trump picked in 2016, 2017,
yes, some of them were people he knew for a long time, but other people,
Jim Mattis, Rex Tillerson, interesting outside pick, lots of experience, he
knew Vladimir Putin, Jeff Sessions, certainly qualified, regardless of what
you think about his politics to run the Department of Justice. And
remember, the adults in the room, John Kelly.

So I think that the reaction to the cabinet of Trump and Biden has been
mixed from the media. It hasn’t been all one thing. But there’s no doubt
that the transition itself is being covered differently because the
transitions are so different. One was chaotic, one threw out all the work
that Chris Christie did, and the other one is plotting and what we would
call more normal.

KURTZ (on camera): Interesting that Tony Blinken was CNN’s global affairs
analyst, a number of people at MSNBC now leaving that network contributors
to join the Biden transition. Biden did his first post-election interview
with NBC nightly news anchor Lester Hold. Let’s take a look at some of
that.

LESTER HOLT, NBC ANCHOR: This lineup, those you selected so far, a lot of
familiar faces among them. What do you say to those who are wondering if
you’re trying to create a third Obama term?

JOE BIDEN, PRESIDENT-ELECT OF THE UNITED STATES: This is not a third Obama
term because we face a totally different world than we faced in the
Obama/Biden administration.

KURTZ (on camera): Gayle, Joe Biden gets a lot of softballs from reporters
but did Lester Holt at least press him on a couple of things?

TROTTER: This interview is a perfect example of my earlier point. Lester
Holt was asking him things like are you going to appoint far leftists like
Elizabeth Warren and Bernie Sanders, and Biden demurred.

Lester Holt asked Joe Biden if he was going to pursue investigations at the
federal level against Donald Trump, and Biden deflected that and he said he
swipe to try Trump and then he said that the state investigations will
continue.

And I think this interview by Lester Holt shows that the mainstream media
does not love Biden’s picks and they’re egging him on to the left. And
you’re going to see that continue because this is just the first group of
potential cabinet members.

TROTTER: So we’re going to see more pressure from the mainstream media for this.

KURTZ (on camera): Yeah, egging him on could also be looking for conflict,
which is what we in the press do. You mentioned the question about what
would happen to Donald Trump after the election. Let’s play this other
sound bite from the Holt interview.

HOLT: Some Democrats want investigations to go forward against President
Trump after he leaves office. Do you support that?

BIDEN: I will not do what this president does and use the Justice
Department as my vehicle to insist that something happened.

KURTZ (on camera): Mara, that was a terrific question because there are
some liberal commentators and democrats who, like, Donald Trump must be
brought to justice and Biden had to figure out how to handle that.

LIASSON: Yeah. I mean, the message from Biden on this question is the
Department of Justice is going to be independent and not going to
interfere. On the other hand, the rest of the answer that you just played
at the top of was how the state prosecutions or something that he has
absolutely no control over.

It doesn’t sound like Joe Biden has a big appetite for having the federal
government prosecute Donald Trump.

KURTZ: Gayle, I’ve got 20 seconds for you to chime in on this.

TROTTER: Well, after railroading General Flynn, who was granted a full
pardon this week, thankfully, I can see that Biden would like to stay out
of railroading people and using the FBI and the Justice Department to
target enemies. So I think that’s a good choice.

KURTZ: All right. Gayle Trotter and Mara Liasson, great to see you. Happy
Thanksgiving. Appreciate you being here. 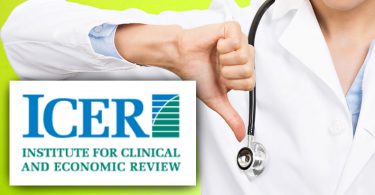 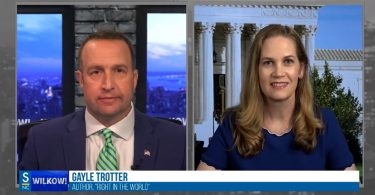 ﻿ I was a guest on the Andrew Wilkow Show on Salem News Channel to talk about my new book, Right in... 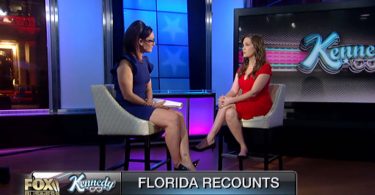 Why weren’t Florida counties better prepared for a very close election or series of elections... 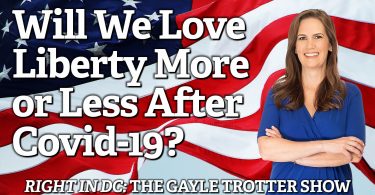 After Covid-19, I think Americans will treasure their freedoms even more and be even more wary of...