I had an enjoyable talk with veteran Secret Service Agent Dan Bongino on NRA-TV where we discussed the emotional speech from General John Kelly as he defended President Trump.

While I was watching a news rebroadcast of the press conference, I just stopped, I froze and was just completely taken in by what General Kelly was saying. I am not much of a crier but when I was listening to him and he was talking about the transport of the fallen back to the United States by their buddies and the process that we go through, my eyes just welled up with tears. I’m a native Washingtonian and I have the privilege to drive past Arlington National Cemetery almost every day. When General Kelly said he was so upset and heartbroken that he had to go walk in Arlington Cemetery for an hour and a half, that really moved me as someone who drives past it frequently and appreciates the sacrifice of of America’s finest.

We know a lot of really amazing members of the media who care about this country and understand that the freedom of the press is such an important part of making sure that our democracy stands intact. But if you watched the press conference on the first question, the media member asked General Kelly, right after he gave that impassioned discussion about what happens to our fallen heroes, a question was so out of sync with the emotional effect of General Kelly’s discussion that it just shows the contrast between a man who’s a leader–who believes in America so much that he willingly sacrificed his own son who died in Afghanistan–with the members of the media who complain about being persecuted if they don’t get you know the right latte at Starbucks at the office.

Listen in on the whole conversation. We also talked about Hollywood, mainstream media and the Weinstein scandal.

Here is the speech: 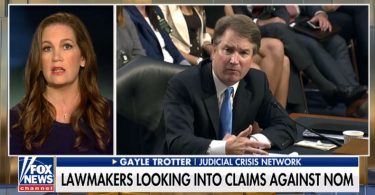 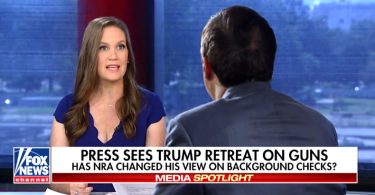 Politifact reported that President Trump has never taken a policy position on any particular gun... 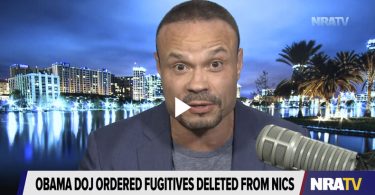 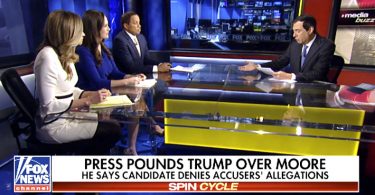 There has been a fundamental shift in how stories of sexual misconduct and harassment are reported...