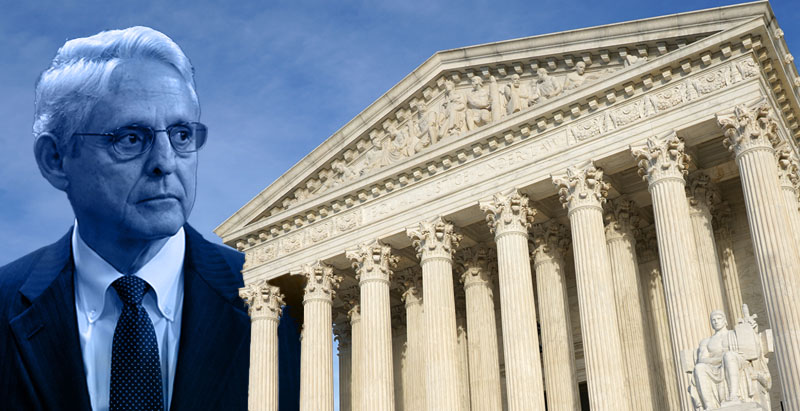 You might wonder, as the anniversary of the Jan. 6 riot at the U.S. Capitol building looms, if Attorney General Merrick Garland will heed his own words and “address the rising violence and criminal threats of violence” against judges.

Will his Department of Justice end the ongoing personal intimidation aimed at influencing these public officials in the discharge of their official duties?

Mr. Garland‘s DOJ has unleashed the fury of federal prosecution against nearly a thousand Jan. 6 defendants, sparing no effort in tracking down, prosecuting and punishing those involved.

Despite this, he continues to ignore threats of violence and intimidation waged at the homes of Supreme Court justices after the May 2022 leak of the draft majority opinion in Dobbs v. Jackson that returned abortion policy to the voters of each state by overturning Roe v. Wade and Casey v. Planned Parenthood.

Mr. Garland has warned about the dangers of intimidation against public officials.

“While spirited debate about policy matters is protected under our Constitution, that protection does not extend to threats of violence or efforts to intimidate individuals based on their views,” he once said.

“There is no place for partisanship in the enforcement of the law. This Justice Department will not tolerate any such abuse of authority,” he also promised.

For nearly a year, vicious threats have daily targeted each of the justices appointed by Republican presidents.

At one point, even the mainstream media grudgingly covered the terrorizing tactics of supporters of abortion access against the justices and their families. In a particularly chilling moment, a violent leftist unsuccessfully attempted to assassinate Justice Brett Kavanaugh in his home.

The would-be assassin, Nicholas Roske, has been indicted on a charge of attempted murder of a Supreme Court justice.

Mr. Roske told police he was upset about the leaked draft the majority opinion in Dobbs and had written in online messages: “I’m gonna stop Roe v Wade from being overturned” by acting to “Remove some people from the Supreme Court.” He added: “I could get a least one, which would change the votes for decades to come, and I am shooting for 3.”

Mr. Garland draws the line at attempted assassination, but federal law is far more protective of the homes of federal judges. “Protests at a person’s home carry with them the implicit threat of violence and can be designed to stoke fear for their personal and their families’ safety,” Sen. Lindsey Graham said in a letter of protest to Mr. Garland.

In particular, federal law prohibits demonstrations or picketing outside federal judges’ homes that are intended to influence a judge in the exercise of the judge’s duty. Mr. Graham cited the statute to the attorney general.

Mr. Garland knows the law. He simply lacks the desire to enforce it evenhandedly.

He refuses to prosecute illegal intimidation of Supreme Court justices with the same vigor that DOJ has applied to its dogged pursuit of Jan. 6 defendants.

In a newly released year-end report on the federal judiciary, Chief Justice John Roberts cautions that judges “cannot and should not live in fear” and that “we must support judges by ensuring their safety.” The report makes no mention of the assaults on the homes of Supreme Court justices and conspicuously omits discussion of the 2022 assassination attempt on Justice Kavanaugh.

The report does, however, describe the 2020 murder of 20-year-old Danny Anderl, who answered the door to his home and took an assassin’s bullet intended for his mother, federal Judge Esther Salas of New Jersey.

Judges across the country are unlikely to feel safe in their own homes when the attorney general is unwilling to enforce the law against criminals who would try to intimidate and threaten judges in their own homes.

While Mr. Garland enthusiastically leads over 900 prosecutions for Jan. 6 offenses “in defense of our democratic institutions,” the White House overtly encourages threats and intimidation at the homes of Supreme Court justices.

Asked about these illegal protests, then-White House press secretary Jen Psaki unabashedly replied: “We certainly continue to encourage that outside of judges’ homes and that’s the president’s position.”

Ms. Psaki brushed aside the illegality of this conduct, arguing, “Just because people are passionate, it does not mean they’re violent.”

Of course, that completely ignores the aforementioned federal law — in other words, the kind of behavior of the organized groups that continue to target the homes of the Supreme Court justices.

It also ignores the fact that many, if not most, of the 900 federal prosecutions from Jan. 6 involved nonviolent conduct.

The chief justice’s year-end report underscores the “importance of rule by law instead of by mob.” Mr. Garland has eagerly applied that sentiment to the participants in the Jan. 6 riot, but he turns a blind eye to ongoing criminal activity organized daily outside the homes of Supreme Court justices.

First published in the Washington Times 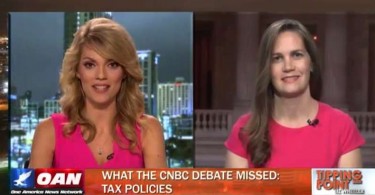 I was on OANN’s Tipping Point with Liz Wheeler talking about what the recent GOP debate... 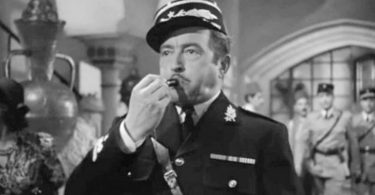 When did Democrats suddenly become interested in Russia (other than to sell them uranium... 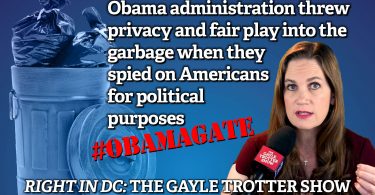 What is the most important political story we’re experiencing right now? The dramatic...

Do laws only apply to the ‘little people’ and not the elite? On the Andrea Kaye radio...