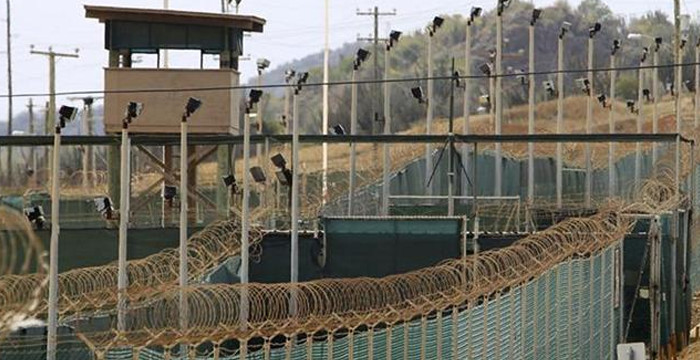 The U.S. prison for enemy combatants at Guantanamo Bay, Cuba, should not succumb once again to policies that thwart our defense of U.S. citizens and national security interests.

While Gitmo houses 164 inmates who are eager to harm Americans, a group of left-leaning lawyers (colloquially dubbed the “terrorist bar”) is working earnestly on behalf of the Gitmo detainees. These groups include representatives of the American Bar Association, the American Civil Liberties Union, Amnesty International, Human Rights Watch and Human Rights First.

Under a recent policy change, the Department of Defense allows observers from these organizations to monitor ongoing proceedings at Gitmo. The department’s policy confers privileged status on these five organizations, which have automatic access rights to monitor Gitmo hearings.

The privileged five “represent a narrow, extreme ideological view in terrorist-detainee issues,” according to Tom Fitton of Judicial Watch, an organization dedicated to the proposition that no one is above the law. Attorneys from Judicial Watch had previously monitored the Gitmo proceedings, but now must wait in line behind at least five anti-anti-terrorism organizations known for their zealous advocacy on behalf of detainees.

Unlike these favored liberal organizations, the more conservative Judicial Watch must pass through a cumbersome selection process overseen by the Defense Department’s Office of Military Commissions, requiring Judicial Watch to justify its participation each time. This type of viewpoint discrimination in media access violates the First Amendment and, as one scholar has noted, gives the government “the power both to chill dissent and to marginalize less-mainstream voices in the public debate.”

By seeking to chill dissenting voices in the debate over the Obama administration’s approach to Gitmo detainees, the administration continues the tortured history of its own policies. Five years ago, as a candidate, President Obama promised to shut down Gitmo altogether. A year later, the newly inaugurated president began to confront the absence of any practical way to accomplish his campaign promise as reality intervened.

Later, Attorney General Eric H. Holder Jr. announced that federal courts in New York City — just minutes away from ground zero and the ashes of Sept. 11 — would stage trials of detainees at which Mr. Holder promised that “failure is not an option.” New Yorkers and most of America booed the plan off the stage, finding it unsafe and ludicrous.

Critics also found Mr. Holder’s guarantee of a predetermined verdict to give all the appearances of a Soviet-style show trial. The howls of protest forced the Obama administration to change course.

Mr. Obama has demonstrated a fondness for decrying the prior administration’s supposed human-rights abuses and publicly released top-secret memos on now-discontinued enhanced interrogation methods. In contrast to these public displays of high-mindedness, the 2009 recipient of the Nobel Peace Prize quietly developed and has continued to maintain an assassination hit list of targets, including American citizens, each of which the president has personally approved.

To date, the Obama administration has publicly acknowledged that it has killed four American citizens in drone strikes. Mr. Obama’s policy has directed that our capable intelligence and military resources hunt down those on the list and vaporize them, eliminating the chance to gain any further intelligence.

In Mr. Obama’s world, a secret kill list populated with U.S. citizens is more appropriate than waterboarding Khalid Shaikh Mohammed, principal architect of Sept. 11 and Gitmo resident, in search of actionable intelligence. Despite obvious concerns about the constitutional implications of the administration’s practices, let alone concerns about collateral injury to bystanders, the usual chorus of critics has fallen mysteriously mute.

Responding to Judicial Watch’s objections to the new Defense Department policy, a spokesman for the U.S. military commission said that department granted automatic access to the five liberal organizations based on their “ability to reach an international audience, their experience with international human rights in criminal trials and their stated mission to advance human rights through advocacy and respect for the law.”

The department provided no explanation of how those criteria would not apply equally to an organization such as Judicial Watch, which happens to include terrorism victims, members of the community and the citizenry at large among those who are entitled to human rights protections.

After all, justice requires balancing the rights of the accused and of the victims, including society. The Gitmo detainees are noncitizen enemy combatants entitled to fewer legal protections than the U.S. citizens they wish to harm. As Justice Robert H. Jackson observed, the Bill of Rights is not a suicide pact.

The latest developments in Gitmo’s complex and fractious history underscore the administration’s efforts to chill dissent and to marginalize conservative voices in the public debate over enemy combatants detained at Gitmo.

First published on Townhall in September 2013 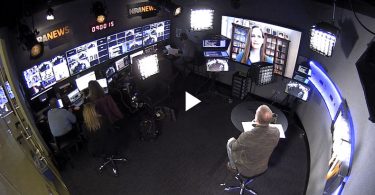 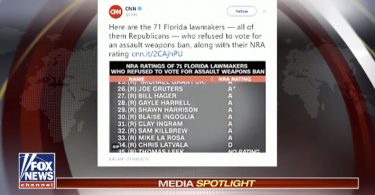 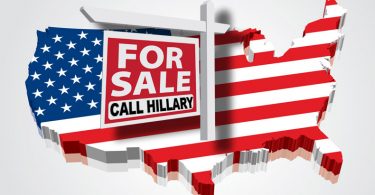 Does the left care about corruption? Sirius Channel 127 radio and TV host Thom Hartmann and I... 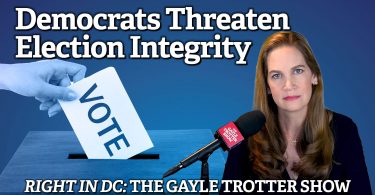