The fake dossier story is becoming more concerning and more bizarre. For anyone who didn’t have a chance to read the House Intelligence Committee memo last week, you can go to ReadtheMemo.org and actually read the memo for yourself.

This new information about another anti-Trump dossier corroborates a lot of wacky things were going on at the FBI and the Obama State Department.

We already knew that the Hillary Clinton campaign and the DNC were funding the author of the fake dossier, which was eventually used to authorize wiretaps against a private citizen.

Now we have this referral from the Senate Judiciary Committee that wants the FBI to look at possible criminal charges against the author of the fake dossier, Christopher Steele for it seems like either lied to the FBI, which is a federal crime, or he lied in a court proceeding under oath in the United Kingdom in a separate case.

So either way the Senate Judiciary Committee wants answers and rightly wants an investigation from the FBI.

Who had the best reaction to President Obama’s speech to the nation last night? Among the...

Gayle Trotter, Right in DC We are pleased to host Congressman David Brat today on Sidewire’s... 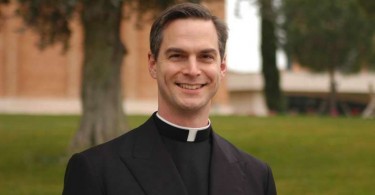 Gayle recently spoke with Father John Bartunek, a priest in the order of the Legion of Christ, a... 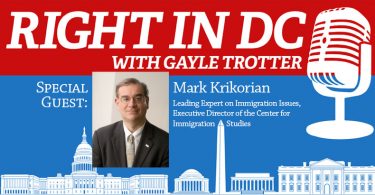 On RIGHT IN DC, my guest is Mark Krikorian, a nationally recognized expert on immigration issues...